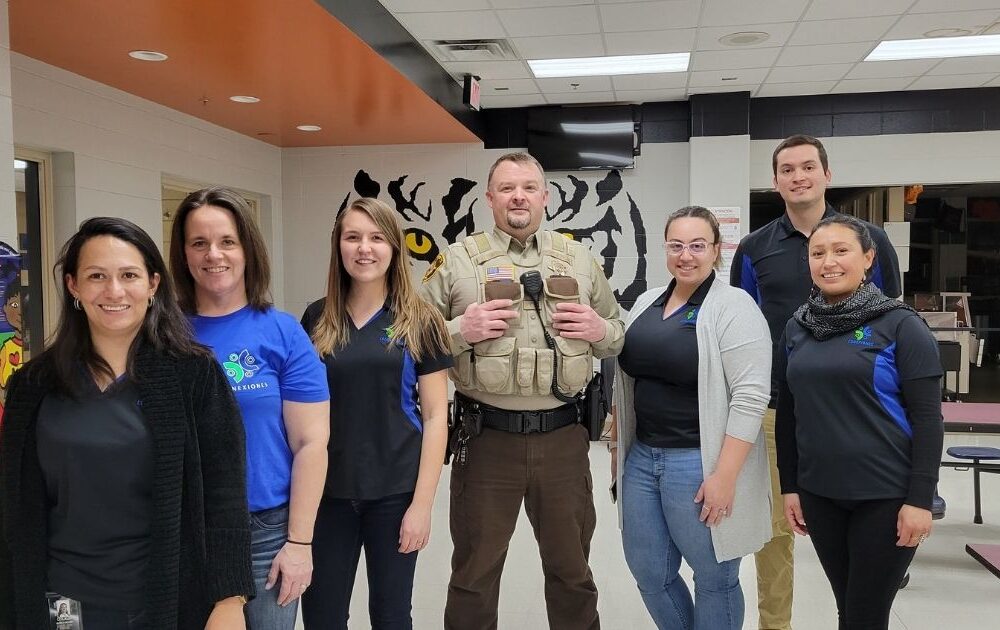 Autumn Macias, Executive Director
Autumn serves as the Conexiones Executive Director. She received her bachelor’s degree in Spanish and Latin American Area Studies from the University of Minnesota- Morris. She was the recipient of a Fulbright English Teaching Assistantship and taught English in Chiapas, Mexico for an academic year. As Executive Director at Conexiones, Autumn loves getting to work with Spanish speaking families and having the opportunity to practice her Spanish every day.

Alma Contreras, Assistant Director
Alma Contreras is originally from Mexico and has lived in Minnesota for 12 years. She currently lives in Murdock with her husband Guillermo Delgadillo and their three children Grecia, Bruno, and Maximiliano. Alma works at the KMS school in preschool and as an interpreter. Alma has volunteered in different areas in the community helping to bridge the language barrier. Alma thinks that by working with Conexiones she has the opportunity to help other people who have come to the country to have an easier transition.

Stephanie Cid, President
Stephanie serves as President on the board. Stephanie, along with her husband Juan, own and operate Mi Mexico Mexican Restaurant (Benson & Morris), as well as the Mexican store Mi San Juan Mini Market (Morris). They have 3 boys who keep them busy and are their pride and joy.  For Stephanie, Conexiones is about helping new immigrants adapt to their new community as easily as possible. It is about learning about our different cultures and forming a strong united community!

Nico Guerrero, Vice President
Nicolas works at Riverview, LLP. He lives in Morris, MN with his wife, Yadira, and his three daughters. For Nicolas, Conexiones is a way to help the next generations being an immigrant himself and living in this area for more than ten years. He believes that helping and facilitating understanding of the new culture to new immigrants will make better citizens and better communities.

Tyler Evink, Treasurer
Tyler serves as the treasurer on the board. He works at Riverview, LLP. Tyler and his wife Emilie live just outside of Morris with their twins, Leo and Eleanor. Growing up in Morris, Tyler has seen first hand the great impact the immigrant community has had in helping the Morris community continue to grow and thrive. In working with Conexiones, he believes in being able to help connect the immigrant community to the local culture, and helping to make their transition to living and working in West Central Minnesota as seamless as possible.

Chris Staebler, Secretary
Chris is the secretary of the Conexiones board of directors. She works as the Office Manager of the Stevens Soil and Water Conservation District. Chris and her husband Mark live in the Morris area and they have two grown sons. She likes horseback riding, camping, and other outdoor activities. She also likes to learn new things and practice her Spanish. Through her work with Conexiones, Chris loves the opportunity to help immigrants prosper in our community.

Luis Cordero, Member
Luis works at Superior Industries as a customer service estimator. He is married to Meli and they have two sons, Luis and Aarón. Moving to a new country means adapting to a new lifestyle, a new language, a new culture, and this can be challenging sometimes. Therefore he wants to make an impact in the community by creating a culture of sharing and helping between individuals.

Citlalli Ibañez, Member
Citlalli Ibañez is originally from Guanajuato, Mexico. She has lived in Morris for 11 years with her husband (Ramon), daughter (Natalia) and son (Mauricio). Citlalli works for Community Education at the Morris Area Schools. She joined Conexiones because she would like to help new families get settled into this beautiful town; the same way that others helped her family understand everything when they were new to this country.